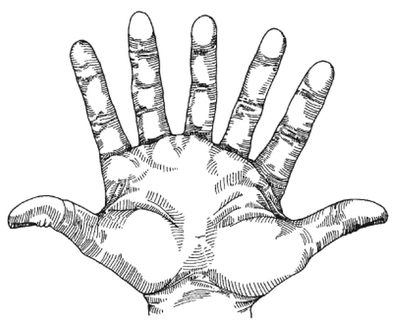 Darryl Sutter, like anyone else, has been shaped by his past experiences. During the Flames' 2004 playoff run, he saw first hand how easy it is for a team's depth to be tested, particularly on the back end. I'm fairly sure the extensive playing time the "Dor(e)s" received that spring wasn't part of the plan going in, but it happened never the less. Last spring's cap and injury fiasco left the Flames without enough healthy bodies down the stretch to fill out the roster to the standard level, and once again the defence was the main area of concern, with Regher and Aucoin watching as the Flames frittered away the division title they had seemingly locked up in early March.

It's pretty clear the Flames decided bolstering both the quality and quantity of the team's defence corps was the major off-season goal. Bouwmeester, obviously, represents the quality part of things, but they've also added two new defencemen to the mix for the 7th spot on the big league roster.

The battle for that spot may not be as important to the success of the Flames in 09/10 as the one for the top-six role previously discussed, but the 7th defenceman on the Calgary Flames in the Sutter era has played an ever-increasing number of games over the years:

Some of the increase in workload over the years was caused by the failing health of Rhett Warrener, but last season, major injuries to Giordano and Vandermeer resulted in Adam Pardy playing a much larger role than was envisioned for him coming out of camp.

This year, the Flames look quite stable on defence, with the five holdovers joining Jay Bouwmeester to form a strong corps. The numbers above do suggest, however, that even in a year where things mostly go well, that 7th defenceman will see some significant game action. In fact, during the Sutter era, the number of defenceman appearing in at least one NHL regular season game was 8 in 03/04, 11 in 05/06 and 06/07, 9 in 07/08, and 10 last year. Injuries happen, and the Flames haven't been exempt from that fact.

With that in mind, let's examine the prime candidates for that roster spot in a bit more detail.

Maybe, maybe not. Nik Kronwall's less accomplished sibling Staffan moves to the Calgary organization after a year where he was waived by Toronto, claimed by Washington, and shuffled off to Hershey. He had a nice playoff run as a regular on the Bears' cup-winning squad, garnering 12 points in 21 games. His overall AHL numbers were 59 GP, 9G, 25 A, +6 EV. The AHL QualComp numbers that we've started to see from Gabe Desjardins and Jonathan Willis, referenced here by Kent, suggest he played against relatively decent competition, but I'd take his good offensive totals with a grain of salt, since he was 26 last year and his two squads were 8th (Toronto Marlies) and 1st (Hershey) in goalscoring. In his 2 previous stints in the AHL, his production was 73 GP, 6G, 21A. Not exactly .6 PPG, in other words. In 55 career NHL games, he has one assist, or two fewer than Matt Pelech earned in his 5 game cup of coffee last spring.

I'd suggest that Staffan Kronwall has established what sort of player he is in his four seasons in North America. He's a tweener, the sort of player that is unlikely to ever gain a firm hold on a full time NHL job with a good team, or a lousy one, come to think of it, since he couldn't hold on to a spot with the Leafs. What gives him an inside track to the 7th D spot in Calgary is a bit of NHL experience, and a very cheap NHL contract. He's also the type of player that the Flames can leave in the press box without much regard to stunting his progress, which is a factor for a couple of the players he'd be competing against. I think those facts will be what keeps him in Calgary. The one way nature of his contract really shouldn't be a factor, since 500k isn't much to bury in the minors. It's one-third of what the Flames spent on Anders Eriksson last year. If he gets beat out on the merits his contract status won't save him a trip to the Fraser Valley, but if every thing else is equal, the low NHL dollar value of it won't hurt him, either.

I'm still fairly sanguine about Matt Pelech's progress in the organization. He just turned 22 on Saturday, which is still puppy-aged as far as defenceman go, particularly if they aren't elite offensive talents. That said, this is the year for Matt Pelech to start taking some steps forward. He has 2 middling AHL seasons under his belt, so if you're looking for a minimum performance level for him to attain, being a shut down D at the AHL level would be that marker. If he's good enough in camp to rate as Calgary's 7th defenceman, things get a bit more complicated, IMO.

Although it doesn't always seem obvious, not every thing about player development is a mystery. Young players, and defenceman in particular, learn in large part by playing a lot, screwing up on occasion, and fixing things based on that experience. Matt Pelech still has some on-ice screwing up, or learning, to do, so the next step in his progression is to play 20 minutes a night against the best of the AHL. I'd suggest that even if he wins the seventh spot, the Flames should send him down to start, let him stay sharp by playing, calling him up only in event of an injury. He's waiver-exempt, so there's no chance of losing him on a call-up, and he won't continue to improve by wearing a nice suit in the press box. His wallet might take issue with this approach, but a good year for Matt Pelech would be first paring minutes in the AHL, mixed with occasional NHL time. The next best option would be full-time as the shut down guy in Abbotsford. If there's a position where Calgary needn't rush a player, it's on the blue.

Anton Stralman is an interesting player that was added to the mix via the Wayne Primeau trade. He has 88 NHL games under his belt, and his play last year, split almost equally between the Leafs and Marlies, suggests he has potential to be quite useful. The AHL QualComp numbers I referenced earlier show that Stralman was +13 EV in a half a season, and that isn't applesauce. I don't expect him to continue shooting 11%, as he did last year for the Marlies, but it's still a very good number. HIs NHL numbers weren't awful, either:

So,  he was sheltered,  had good Corsi (2nd best) and PTS/60 numbers, and didn't drown on a meh team. Those numbers, along with his good work on the farm, probably mean he should rate as no worse than 7th on the Flames' depth chart. There's no way to argue that Kronwall or Pelech are more accomplished based on results to this point.

However, like Pelech, he's still on the upswing in terms of development, and still on his entry-level contract. His case going in to camp for a NHL job may very well be the best on merit, but he's slight for a defenceman (180 lb.), and only 23. As I noted with Pelech, the Flames have the luxury of not needing to rush a player on defence. If Anton Stralman was a New York Islander, he'd likely play every night. With the depth the Flames can roll out, he can continue to mature in Abbotsford, and if the big club needs him during the year, arrive game-sharp.

I suspect that the Flames will choose from these three gentlemen to fill the role. Right now, I think Kronwall will get the first crack, based on his age, cheap contract, and the fact that the Flames won't hurt his development if he watches more hockey than he plays this season. He's no lock, though, and if a long term injury occurs to one of the regulars, Anton Stralman might get a serious look. One other thing should be noted. If the Flames at some point find they need more scoring, a defenceman of some sort will likely be on the move. In fact, I'd wager that by next fall at the latest, at least one of Calgary's top six D won't be in the organization. They're bottom heavy in terms of salary and talent, so that's an area to watch for a trade that could give one of the team's defence prospects an opening.

In the final installment of this series, I'll concentrate on players who will likely feature on the farm this season by taking a closer look at Mikael Backlund's prospects, reviewing the young defencemen ready to start their professional careers, and examining the battle for the number one goaltending job in Abbotsford.