Last year's Flames was a strange team. There have been 210 teams who have played an 82 game season since 2007 and they're the only one who advanced to the second round with a raw SAT% below 45. By the laws of probabilities, it was bound to happen eventually, but it won't stop individuals in the media and public to argue they were different.

Whether it's true or not, something the Flames have going for them is they've been very good at staying out of the penalty box for the three years they were coached by Hartley. Could a disciplined approach be the reason why they struggled at even strength?

Last year, the Flames were the team who spent the least amount of time shorthanded in the league. This is no fluke, as they were in the top 10 for every season since the hire of Hartley. On the other hand, they're not as efficient when it comes to making the opponents shorthanded: they were bottom 5 in the league at getting powerplay minutes in the last three years, but ranked 11th last season.

To give a better idea of the importance their special teams had for the playoff push: while they had a raw +25 goal differential, they were -2 at 5-on-5 even with their extremely high shooting percentage. Of course, having a 9-4 record on 4-on-4 overtime helped as well.

Did the Flames actually trade off even strength prowess for additional control over penalties? Taking data from War On Ice, I made a few scatter charts based on penalties, penalty minutes and various possession metrics from the past eight seasons to see whether possession affects a team's penalty differential and its ability to spend less time on the PK. 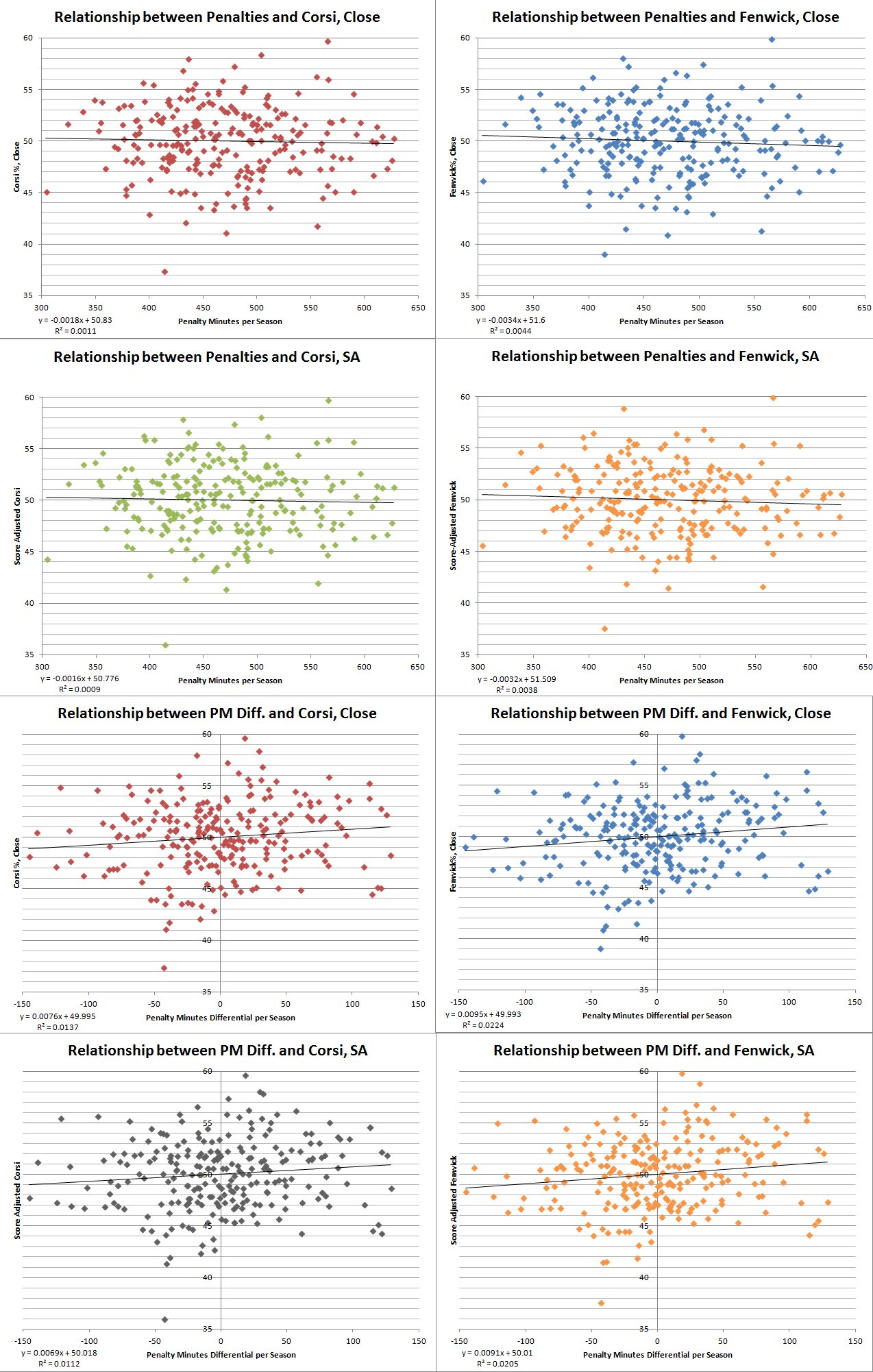 If the R-squared values are any indications, the relationship between penalties minutes and possession is weak and if nothing else, better possession teams could possibly have a better control over penalty minutes differential. Any notable correlation between good possession numbers and discipline would makes sense for a few reasons:

Naturally, they are reasons why the R-squared values are not higher: for example, being aggressive on puck battles makes it easier to both retrieve the puck and make a mistake resulting in a penalty. But overall, while the Flames' ability to avoid penalties is sustainable, a disciplined approach is unlikely to be the source of the their bad possession numbers.

More from Matchsticks and Gasoline