NHL Lockout? Could the Flames, Oilers or Habs still play for the 2013 Cup

Share All sharing options for: NHL Lockout? Could the Flames, Oilers or Habs still play for the 2013 Cup 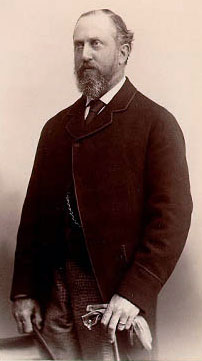 A story that has gotten little attention outside of Canada, is a little legal wrangling north of the border on hockey.

As covered here in the CBC.

On the surface this appears to be just another card the NHLPA is trying to play to gain leverage against the NHL, but it got me thinking in a whimsical way.

Under labor laws in the province of Alberta and Quebec could players under NHL contracts voluntarily begin playing hockey in Jan - Feb and play for the Cup eventually? No matter what the NHL or NHLPA have to say about it?

The CBA is expired, professional hockey players can do what they want now. They have no obligation to the NHL.

In theory could these players in these provinces play for the Cup? Is the impossible dream of a Calgary vs Edmonton Stanley Cup Final possible?

It would be a shortened season of course but we would have a 2013 Stanley Cup Winner. No more ugly empty defacements of the Holy Hockey Grail. A clear violation of Lord Stanley's decree on March 8th, 1892.

That thought then took me to another.

Could a clause be formed in the current trust agreement of the Stanley Cup that in the case of a lockout with the NHL, if professional hockey has not commenced by a certain date Canadian teams will be allowed to compete for the Cup on a voluntary basis?

Far fetched perhaps but In principle I see no reason why not.

They don't get what the Cup means to our history, our culture, how it gets us through a long cold dark winter, the light it brings us and how it it unites us as Canadians from coast to coast. Despite language differences, vast geographical distances and our overt multi-cultural identity.

It is one item on a very, very short list of things that unite all Canadians.

Is it time as a Canadian to say enough and that we have a right to professional hockey, a right to see the Stanley Cup lifted, a right to our national game, a right as culturally important to us coast to coast as other nation's cultural rights.

It may strike a non-Canadian as absurd to demand a right to see our game played each year but a right to carry a firearm without condition is also one that seems odd to Canadians.

You may think after reading the intro that I am a little too jacked up on caffeine but there is a little historical background to this line of thought.

Something that is not common knowledge is that the original Stanley Cup never leaves Canada. It is held in a Bank Vault in the Hockey Hall of Fame. 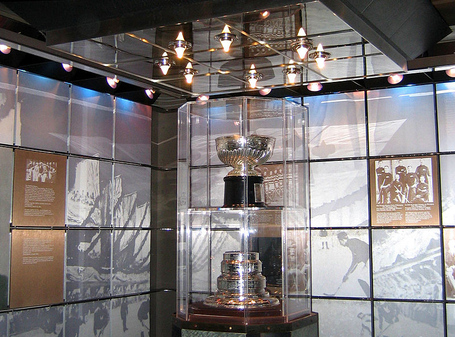 Most outside of Canada don't even know this.

The reason why is that the Stanley Cup is a historical heirloom of the nation. Granted from the Governor General as the Queen's representative in Canada at the time. Sorry, unless the Marines come storming across the border the original will never leave Canadian soil.

I have tried to explain to Americans what the Cup means to Canada and the best I have come up with is to imagine that the Liberty Bell was smaller and was the Superbowl trophy. Yes it is a sports championship trophy but it is also much more than that.

It is symbol of goodwill between a two nations that originally began as one and peacefully Canada became more and more sovereign. The Stanley Cup is part of that legacy and a symbol of a Governor General, as the Queen's representative, who took note of the nation he was in and its people's interests and offered a gift to them.

One that is revered to this day in Canada.

The NHL Does Not Own the Stanley Cup

This gets into the Legal aspect and it is important to note that the NHL does NOT own the Stanley Cup.

A group in Ontario, also known as the "Wednesday Nighters", filed an application with the Ontario Superior Court, claiming that the Cup trustees had overstepped their bounds in signing the 1947 agreement with the NHL, and therefore must award the trophy regardless of the lockout.

On February 7, 2006, a settlement was reached in which the trophy could be awarded to non-NHL teams should the league not operate for a season. The dispute lasted so long that, by the time it was settled, the NHL had resumed operating for the 2005-6 season. Source Wiki

It may be far-fetched but it certainly is not impossible for a case to go all the way to the Supreme Court of Canada on any number of legal grounds - national identity, national unity, national you name it and decree that the current Trust agreement is invalid or must be altered to include a clause to allow professional hockey to commence in Canada.

I have for some time been thinking that it would be a good thing if there were a challenge cup which should be held from year to year by the champion hockey team in the Dominion (of Canada).

There does not appear to be any such outward sign of a championship at present, and considering the general interest which matches now elicit, and the importance of having the game played fairly and under rules generally recognized, I am willing to give a cup which shall be held from year to year by the winning team. I am not quite certain that the present regulations governing the arrangement of matches give entire satisfaction...

I am certainly, certain that the present arrangement and pattern of lock-outs is not giving me and all other Canadians satisfaction now in 2012.

The original decree over a century later is not being honored and steps should be taken nationally to create a clause in the Trust that in the event of a lock-out professional hockey can commence in Canada in a default league in which NHL players voluntarily participate.

The Trust is under CANADIAN law, what Mr. Bettman and Mr. Fehr have to say about it is irrelevant unless it is in a Canadian Court. They simply do not have jurisdiction in Canada.

The Trust could be challenged in Canada on whatever grounds one wants to. Scotty Morrison as the current Trustee could appeal to have the current agreement with the NHL altered. He could do it unilaterly and appeal it all the way to the Supreme Court of Canada.

Due to the cultural aspect of hockey in Canada, the delicate nature of national unity debate and so forth I think this would get traction. Given the political angle and the mass appeal of such an action, the Supreme Court would likely hear the case and on that aspect place absolute decree over it and it would be unappealable at that stage.

The clause could be as simple as

(i) In the advent of the NHL season not being active by Jan 1 of said year, professional hockey teams located in Canada could begin a season as a default league, for the sole purpose of competing for the Stanley Cup that year.

(a) Participation would be voluntary for the players and owners would be responsible for providing facilities for play and viewing for the Canadian public. They may charge the public to cover their applicable costs and will be subject to audit by the Auditor General of Canada upon awarding of the Stanley Cup in said lock-out year.

Broad Strokes of How it Would Work

Enormous detail would have to be worked out here but just the broad strokes.

The players have no CBA so it could be decreed that a flat salary is paid equally to all players. Say a million per player. One year contract.

The NHL I believe owns all the jerseys and logos but I am not sure if they own the name, I don't believe so, so that might have to be altered but who cares we have seen a parade of different jersey style over the years.

The broad strokes are simply that all players linked to each current Canadian NHL team can choose to play for the Stanley Cup in the year of a lock-out.

They can choose to make more money overseas if they want too. They get a flat salary rate for the season and we get to watch professional hockey and see the Stanley Cup lifted.

The owners get their costs covered, which certainly won't be a problem in Canada for gate receipts and we have the birth of a new professional hockey league that sits in default mode each year in the case of a lock-out.

Yes, I know there are tons of details, broadcast rights and all that but remember the CBC still exists and it still is the national broadcaster and still has a broader agenda than just brute profit. Pretty sure that would get worked out fast given their mandated agenda from the Federal Government.

Yes, I am being premature here and assuming the relocation of a team to Quebec City but the Original Eight would be the Canucks, the Oilers, the Flames, the Jets, the Senators, the Maple Leafs, the Canadiens and the Nordiques.

Simple break down there in East vs West. Shortened season from Jan on will fit nicely for 8 teams and the playoff are a Stanley Cup Semi-Final in each Conference and the Stanley Cup Final is East vs West or Prince of Wales Conference vs Campbell Conference.

Sure we may see a few players balk at playing for just a million a year but go make the bucks in the KHL.

Well Owners have no choice if they are mandated to provide facilities for the game to be played and observed by the Canadian people and they can charge to cover their costs and be subject to audit.

Players are free to play or not to play. Time to harken back to the days when hockey players were paid mere hundreds of dollars and often worked as construction workers in the summer. A million a year should be enough to cover their risks.

We may see some players in their prime not risk the injury but Jarome Iginla will be there, I guarantee it. Players who are older and want that crack at the Cup will be there. So will younger ones anxious to prove their merit on professional ice and remember this is a shortened season so 35% less games, the wages may be enough for the vast majority of players who really want the Cup.

I know the temptation is there to say this is pure fantasy but keep in mind that legal action was taken in the last lock-out in Canada to have the 2005 Cup played for. Some ground has been broken on it already. In Canada if the will is there and some politician wants to start the fire...

What do you think?