Share All sharing options for: The Weekly Round-Up: May 7th, 2012

Hello, this is a feature that will go through what the Flames players, prospects, and personnel have been up to in the past week. Things actually happened over the past 7 days, so there's a 1000 words after the jump for you to "enjoy."

I'm in Las Vegas this week, and I am prepared to lose money. Too much money.

In an attempt to relate those last couple of sentences to hockey somehow, I'd like to bring up someone we called the Riverboat Gambler a few times during his tenure in Calgary - Darryl Sutter. To me, it seems as though there's been a lot of revisionist history when it comes to Darryl's tenure as coach here, what with his recent success as coach of the Kings.

Sutter is, and really always has been, a guy who's had an amazing goalie cover up the problems his team has. Nabokov in San Jose, Kiprusoff in Calgary and now Quick in Los Angeles - all guys who were/are overworked by Sutter. Now, the Kings aren't done yet so I won't make any definitive statements regarding them, but in Calgary Sutter coached a team who couldn't defend or score, a team that got hot at the right time and rode an amazing goaltending performance to the Stanley Cup finals (seriously, the '04 team was soooooo bad) and a team that was 27th in the league in producing goals. Not exactly a sterling resume, in my opinion.

Well, thus far there's been no movement on the search for a new head coach, but a few noteworthy things did happen this past week.

First, there was a rumour on Monday afternoon stating Bob Hartley had been hired as the next coach of the Flames. While I don't think the MSM source (Mark Spector) is the best reporter out there, I don't think it's absurd to say he has some connections and probably thought it was a legit rumour. But if he had, you know, checked his source, he would've found out that the start of the rumour was a some random intern at a Montreal radio station. So that's cool.

I'm not a fan of Hartley, as I find that most of his success came with a stacked Colorado Avalanche team. Add in the flame-out he had with the Atlanta Thrashers and I would prefer that he stay away from the bench of the Flames.

The Flames also signed 26-year-old Roman Cervenka to a one-year, 3.775 million dollar deal. Cervenka has been plying his trade in the KHL the past couple of years with Omsk Avangard. The salary number there is a bit misleading, as about 2.7 million (equivalent to one Steve Staios) is wrapped up in bonuses, many of which (NHL All-Star team, Hart Trophy, etc.) won't be reached. dani1988 over at Arctic Ice Hockey has a really nice breakdown of the signing if you're interested in the business side of it. However, the on-ice product Cervenka brings to the table is not yet known. Some NHLE projections with old Superleague numbers have him in the mid-40s, while the projections with the new (and in my opinion, not yet totally reliable) KHL numbers have him in the mid-30s. Then there's also his point splits with and without Jaromir Jagr - about a drop of 15 points year-over-year with Jagr to without Jagr. But, he fills a couple needs (players that don't completely suck, centermen) and he's Czech, which is pretty awesome.

Obviously we'll know more as time passes, but for right now I feel like this signing is extremely low-risk and very high-reward.

The World Championships also kicked off this week, and the Flames have a couple of players representing their countries. Jay Bouwmeester's been playing on the top pairing for Canada, and his partner back in Calgary, Chris Butler, has been solid on the blue line for the United States' team. The two played against each other Saturday, with the US coming out ahead by a score of 5-4 in overtime. It's always nice to see players have success on the international stage, but honestly, I don't give two shits about this tournament. The best players don't play, it's a yearly occurrence and the importance of it is artificially inflated by the IIHF. For me, there's basically the Olympics and the World Juniors, but my interest is also waning when it comes to the latter.

Lastly, the Flames announced Olli Jokinen underwent surgery to repair a torn abdominal muscle. The curt press release didn't really have anything else to add.

The Heatles had three games last week as they started their second round series against the Toronto Marlies. Currently, the Heat are down 2-1 in the series; losing games 2 and 3 after winning the opener at the Ricoh Coliseum in Toronto. Funnily enough, after talking so glowingly about Danny Taylor last week, he went and had a totally brutal performance in game 2, stopping only 24 of 28 shots in the game. However, Leland Irving didn't do much better in game 3, as he would stop 22 out of 26 shots on net.

The play of Max Reinhart as been highlighted by a couple of people as a very bright spot thus far in the playoffs. We'll see how he develops throughout the rest of the Calder Cup playoffs.

The Heat play next on Tuesday.

The Portland Winterhawks put a stop to the Edmonton Oil Kings' 20-plus game winning streak on Friday night, winning the contest 5-1, and tying up the series 1-1. Flames prospect, ladykiller and all-around suave dude Sven Baertschi potted two goals in the contest. Laurent Brossoit had a rough go of it in game 2, stopping 22 of 26 shots on the night.

I'm writing this prior to the end of game 3, so I have no idea what happened in that. In order to distract you from that point, take a look at the insane amount of stuff crammed onto the front of the Winterhawks jerseys. That's just too much.

If I'm still alive on Friday morning? The WHL Championships will be wrapped up, we'll know if the Heat are continuing their season and maybe we'll have something substantial happen in Calgary. 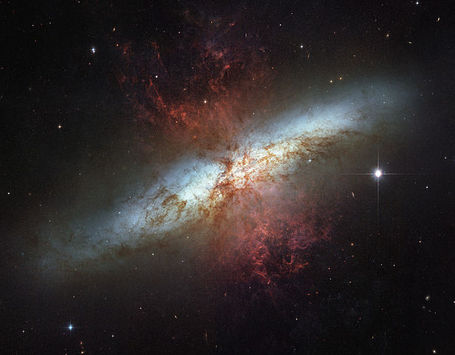