Hello, this is a feature that will go through what the Flames players, prospects, and personnel have been up to in the past week. I didn't go crazy in Grande Prairie, so that should be reason enough for you to read.

We'll be back to Mondays next week - a travel day was needed.

I know it's been talked to death at this point, but I look at the NHL's scheduling of the Stanley Cup Finals and all I can think is "what the hell?"

I really don't see how a break of 5 days benefits the league. The NBA's scheduling now means that they'll have the national spotlight in America, while the NHL drifts out of the collective consciousness of the population. I'm not in favour of the break if it's designed to let the teams rest, either. The reward you get for finishing a series quickly is rest. If you have to go 6 or 7 games, you shouldn't get the majority of the week to recuperate.

Maybe it's just me.

Obviously the topic du jour this week was John Davison's potential involvement with the Flames organization. It's interesting to think about for a number of different reasons.

The Flames even being mentioned in terms of searching for a new president is somewhat startling knowing what we know about Ken King and the amount of power he has within the organization. But with the stake the Flames now have in the Stampeders, combined with the full ownership of the Roughnecks, Hitmen, Heat (?) and Flames necessitates that there be an overall president of operations - something King would be perfect for since it deals pretty much solely with the business side of things.

As for Davidson, his acumen as a hockey man is well-known. While the Blues haven't enjoyed quite the on-ice success the Flames have over the past 5 years, Davidson has overseen a successful rebuild and multiple stellar drafts while working with limited, NHL-mandated funds. The team is built for the future, which is something that definitely concerns Flames fans a little more then fans of other teams.

You can look at it a little deeper if you want to - we know that Flames brass likes to meddle in the HOPs side of things a little more then is actually needed. Needless to say, Edwards and King not being "traditional hockey guys" probably hurts the team a little bit more then people think. If you're bringing another president and expecting the same behaviour out of him, you could do a lot worse then Davidson. Even if you're not expecting the same behaviour, Davidson has shown that he can still be a positive influence when it comes to running the team.

If the rumours are true, and the Flames decide to pursue Davidson, I would be quite happy.

Of course, while the President position is currently filled, you can't say the same for the Head coaching gig. Part of me is starting to think all of this buildup is totally unneeded, because I'm quite convinced that this is a wheel-spinning year - which is why I'd be okay with Craig Hartsburg taking over the coaching reigns.

Unless the Flames go full blow-up at this years draft and they have some coaching prodigy we don't know about waiting in the wings, I don't think it behooves the franchise to bring in an established "win now" NHL coach in.

A guy like Hartsburg - someone who could be let go with ease and also has experience coaching in the NHL - could be a good situational fit.

Honestly, there was nothing this week for me to talk about.

The Edmonton Oil Kings went to #theShawi and quite simply, got their asses handed back to them.

Outscored 18-8 in their 4 games, it appeared that the Oil Kings were just a step or two behind their competition at all times. Laurent Brossoit, long the backbone of the team, had an absolutely disasterous tournament - an .871 SV% and a 4.04 GAA point toward that.

Hopefully Brossoit can come back next year and perform the way he did in the first four rounds of the playoffs. The small sample size in the Memorial Cup shouldn't change any opinions you have of him as a goaltender or prospect.

Please, Jesus, something of substance? 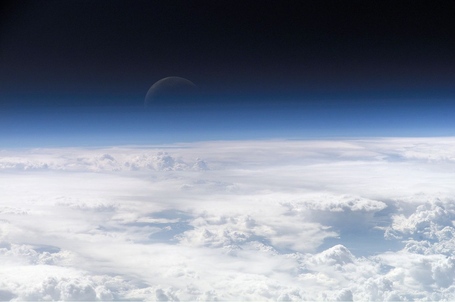