Hello, this is a feature that will go through what the Flames players, prospects, and personnel have been up to in the past week. This week, we have a movie after the jump, so get your popcorn ready.

After a lovely long weekend, the Round-Up returns.

There's just something inside of me when it comes to competition that makes me hate my opponent. It's not so much that I actually dislike them, it's just that they're standing in the way of my goal - which is why I love displays such as the one shown to us by Peter DeBoer and John Tortorella last night.

Far be it for me to go all Grantland on you guys, but that sort of emotion and hatred for your opponent is what makes me love sports so much. At its most basic level, hockey is not much more then 12 guys on the ice chasing around a cylindrical rubber object. But, when the human psyche and competitiveness is revealed throughout the course of the rather repetitious contest... yeah, that's the stuff.

The biggest news around town this week was... well, actually, there wasn't any. I would just like the fine people at the Flames to know that you can't write about nothing forever.

There was an interview posted this week with Tod Button, scout mediocre, regarding the NHL's draft combine. Personally, I find public exercises like this useless with 17- and 18-year-olds. The kids are nervous and it really seems like the only reason the combine exists is because of the success of the NFL's combine, which garners massive ratings. However, more often then not the results are just as easily discarded by NFL teams in place of game tape.

If you want to work a kid out, strap on some gear and get to it on the ice. Otherwise, leave the weight room stuff behind closed doors.

Here's an interview with newly-signed Flames prospect David Eddy. Mostly I've posted this because I'm fascinated by the amount of movement that his head makes.

Oh, and the Flames are on Pinterest. That is a sentence I just wrote.

Abbotsford held its exit interviews this week after last week's elimination at the hands of the Toronto Marlies. I find it fascinating to watch these sorts of interviews, because you know in your heart that most of the people talking in them won't be back; such is the nature of the sport beneath the NHL level. Turnover is inevitable, especially when a team's main purpose for existing is to feed a team higher up on the food chain then they.

Of special note were Troy Ward and Leland Irving's press conferences. Ward talked for about 30 minutes regarding many subjects, but every answer had a certain diplomatic je ne sais quoi about it. More and more I'm convinced that Ward will be behind the Flames bench come next season, but I'm still unconvinced that the move is the right one.

Saying that, though, Ward handled the questions (seemingly) honestly, and I did like the emphasis put onto the pace and timeliness of the game with one of the questions he answered. Irving was a bit more reserved in his answering, which leads me to wonder about his future with the franchise going forward.

Sad news this week that the yearly Young Stars tournament in Pentiction will not be happening in 2012 due to the uncertainty of the NHL's labour situation. More so then the tournament not happening, I feel as though that this cancellation is the first real and tangible example of another possible lockout - but that's another topic for another day.

Quick plug here for my Flames Fifteen article over at FlamesNation, which led to Kent Wilson's investigation of Markus Granlund's season in the SM-liiga. Granlund comes out looking pretty solid when compared to his peers. Now, I'm not one to get too excited for prospects, but Feaster might've found something there.

The Memorial Cup also kicked off this week, with Laurent Brossoit and the Edmonton Oil Kings having played two games as of writing. The team's record is currently 1-1, with a win against Shawinigan to start the tournament followed by a loss to Saint John's. Brossoit has stopped 59 out of 66 shots thus far.

The Oil Kings play the London Knights in about an hour from now, if you're interested.

I regale you with stories from the bustling metropolis of Grande Prairie. 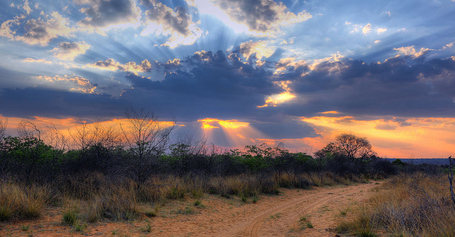