Hello, this is a feature that will go through what the Flames players, prospects, and personnel have been up to in the past week. After the jump, something will probably make you angry. Just a guess.

I really don't understand why anyone is surprised Dale Hunter's stepping down.

Seriously, whenever you watched the guy in an interview, it just seemed like he hated having to talk to people. Not in that Sutter "grumble I'm better then you stop questioning me" way, but rather in the "sigh why am I doing this" way. Point is, people have been talking about the possibility of this happening pretty much ever since Hunter got the job. Guy has an extremely successful junior team and he doesn't seem like he wants to be involved with the NHL? Buh-bye.

This whole thing was likely a favour to George McPhee more then anything else.

Very little news on the Flames front this week - I'm sure a large part of that is due to my disconnectedness from the internet as a whole, but really the only thing worth mentioning here is Karri Ramo's rather intriguing thoughts regarding his position in the Flames' organization among other things. The interview, which was conducted in Helsinki (where he's currently backing up starter Kari Lehtonen Finnish WC team) brings a few ideas to mind.

Talk of the Flames trading players seems to have fallen by the wayside the past couple of weeks due to activity in the free agent market and the visibility of the WHL Championship series (more on that in a while). Thinking about Ramo in a backup role doesn't really excite me. What does, however, is Ramo in a starting role.

We've been talking for a while now about Miikka Kiprusoff's pretty good season and his value on the trade market. In Ramo, the Flames have a goalie who is the consensus best guy not in the NHL™ as well as someone who is just about to enter his developmental prime as a goaltender. The Flames need to eventually realize that these two things, when taken in conjunction with the state of the rest of the team, spell out a pretty clear path.

Of course, there's also the matter(s) of Leland Irving and Henrik Karlsson. Irving said last summer that Europe was definitely an option for him and something he strongly considered before eventually signing the one-year deal the Flames put in front of him. While my thoughts on Irving are pretty clearly known, I still think the Flames should re-sign him, as he is still a prospect and an asset. But, in saying that, I don't think Irving re-signs if two or more of Ramo, Kiprusoff and Karlsson are here next year. You do probably have to factor in the unknown quantity of Danny Taylor as well, even if the Flames don't technically control his rights at this point in time.

Speaking of Karlsson, I think he knows at this point that his time with the Flames is over. Irving was the favoured replacement after Hank went down with his ACL injury in late November, and it seemed as though he wasn't very happy about it. The thing with Karlsson is that he all too often makes what should be easy saves look difficult while also from time to time making something out of nothing - also known as Fred Brathwaite syndrome. I will, eventually, go a bit more in-depth with what that actually means.

If I had my druthers, Kiprusoff would be traded and a 1-2 tandem of Ramo and Irving would man the Flames nets next year, while Taylor and Karlsson would be on the farm team.

The Heat were eliminated last week from the AHL playoffs after losing game 5 in Overtime. Sads all around. Not much else to say about it except that it was the franchise's first ever overtime playoff game! They now have a winning percentage of 0% in overtime playoff games. Embarrassing.

Troy Ward's name has come up a couple times recently regarding who's going to be the next coach of the Flames. Bodog has him as the favourite at like 7/4 odds (not worth it). For the record, I think Ward is a pretty good coach, but his value to the organization is in development - he's not ready to be the head coach of an NHL team after only one season as a head coach behind the bench of a pro team. Plus, if the Flames were to remove Ward, it would be the third time in three years the Flames' AHL affiliate had a new head coach. Seriously, there is a tiny tiny bit to be said about consistency.

Saying that, Troy Ward will probably be the next head coach. It would be a very Flames-like thing to do.

The WHL Championship series also ended this week, as the Oil Kings beat the Winterhawks in 7 to claim the title. SVEN was pretty much completely shut down by Mark Pysyk et al in the final two games, but Laurent Brossoit stopped 61 out of 65 in games 6 and 7 to suffocate the 'Hawks. Oh, yeah, he also won the series MVP award. No bigs.

Although, ya gotta get rid of that 'stache, bro.

The Memorial Cup starts up, and the Oil Kings will be involved. The Flames and Heat will do a couple insignificant things. 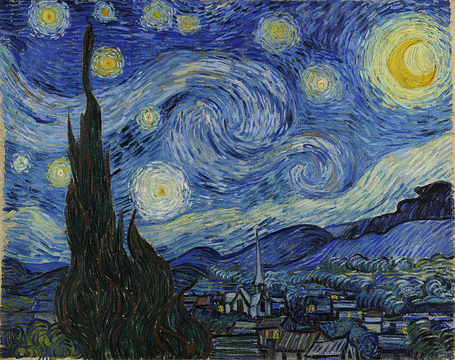