Share All sharing options for: Game 78: Recap - Oh the Sound of Music 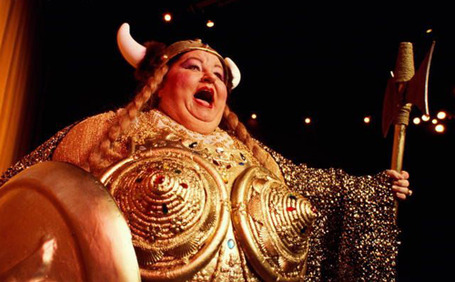 Well, if you like math it is still possible but sometimes you can leave the numbers behind.

Not sure really what to say on this game. The Flame did not come out strong. They looked flat. The game was extremely boring to watch. I was thinking about the 2013 draft picks during the third period. Nathan MacKinnon anyone? He looks interesting, best prospect since Crosby - do tell?

If the Flames trade Kipper, Iggy and Tanguay I think they have a shot at the top pick.

How the Flames Owners / Management can not possibly announce a rebuild this year may cause me to take a break from my religious devotion to hockey next season.

Although I understand their money issues and have speculated on their reasons and perspective, if they delay a rebuild for another season I could see them taking a hit in season tickets.

Been a long time since I have seen a Flames fan throw a jersey on the ice and it happened in this game.

Convincing win for the Kings, they just may upset the Canucks if slotted in to face them. Good old Darryl is doing what he does best, coach, not GM and that team looks tighter and even better than the last time we saw them. I wish them well. Darryl gets to laugh at Brent at Thanksgiving this year.

I am in a sour mood and basically want to see the whole team gutted in the off-season now. Trade them all, lets get a rebuild going, lets get some of that Blue Kool-Aid sent down to Calgary and dye it Red.

Another year of this waffling (key word choice here) in the limbo of non-playoff status just is something that is going to radically decrease my hockey time next year. The Flames need their own program here and they should announce it in the summer.

As the Oilers have "Oil Change" the Flames need "Reiginition" or something.

Drop the big trades in the summer while the soft hockey fans are distracted.

Come on Craig Conroy, get talking to Jarome, we know you are not having fun anymore, the covered mouth of horror. We share the pain and on behalf of all Flames fans I think we may be ready to change the channel too... 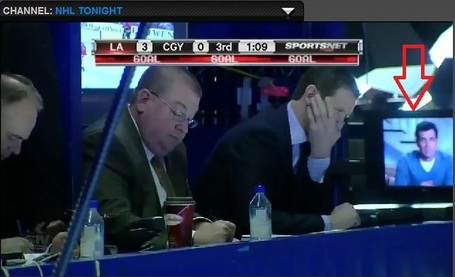