Share All sharing options for: Game 78 Preview: Kings at Flames- A BEHEADING, M'LORD

The Kings, despite scoring "issues" (which are pretty simple poor luck at this point), are an elite team in the NHL. Darryl Sutter has brought them there from being a "pretty good team" in the NHL.

This is in direct contrast to the Calgary Flames, who are a mediocre to poor team that survives on good luck and better looks. So of course, I fully expect to see the poor Calgary Flame's heads rolling around on the ice after what will be an atrocious version of the Game of Thrones.

The Kings roll in to Calgary as a very very strong team that is very very deep- and the results are certainly showing it. Having gone 13-4 in their last 17 games, including an incredibly impressive shutout of the St. Louis Blues, the Kings will be a tough customer come playoff time- no matter who they face.

The Flames, on the other hand, have been struggling. It's getting to the point where it's almost formulaic: beat a few good team, give hope to the fans; lose a bunch of games to poor teams, destroy the faith of the fans; repeat. Unfortunately, that pattern doesn't look to hold. The Kings are too strong, the Flames are too weak, and there is almost no chance the Flames make the playoffs.

This is somewhat of a breaking point for Calgary. They are out of the playoff picture right now, and have little chance of getting back in it. The team has little in the way of opportunities to improve this offseason, given the lack of available talent. At this point, I'm hoping Calgary can do themselves a favor and improve their draft ranking every single game.

That said, if Calgary is able to compete with a quality team- I'm certainly going to enjoy it. There won't be too many games where that happens in the future. 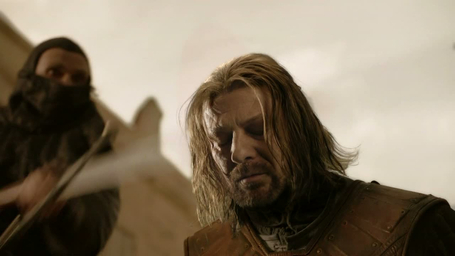