Hey Guys, It's That Time Again (player of the week, you guys know this)

Share All sharing options for: Hey Guys, It's That Time Again (player of the week, you guys know this)

Well hello again, countrymen, and an extra special hello to all the countrywomen. We sit here, this lovely evening of the 11th of March, basking in the warm glow of weekends well spent and, more importantly, a fresh three game winning streak that has your heroes and mine, the Calgary Flames, perched ever so precariously back in the realm of winners, locking down that 8th playoff berth, determined to guard it like a Lioness guards her cub.

There are many reasons as to why the Flames have been playing well this week. Everyone's chipping in, the defense, while still suffering from numerous lapses in a game, are doing it less and less in the clutch, and Miikka is playing just well enough to hold down the win, which is ever so delightful. Truthfully, there are a lot of unsung heroes that could have very well made Player Who Was Least Bad this week, as well as the usual crew of sung heroes, but there was one man who stood above the rest, nestled snugly atop his trusty steed, and that man is...

This two sport athlete has been on a Vegas style heater since returning from his injury a few weeks back, and it's about that time where we wonder if maybe he's been counting the cards. Not only has he scored in 7 straight games, the longest streak in the NHL this year (suck on that, whichever Sedin scores more goals), the second longest in Flames history (suck on that, Paul Ranheim!), but he's also got a history of being able to crush the inside fastball and has 555 Major LEague Home Runs (and counting).

Truthfully though, he's as responsible as anyone for this late winter resurgence your Calgary Flames have embarked upon. Again. He was having a career season before that unfortunate knee injury sidelined him for an unlucky 13 games, but he's picked up right where he left off and has now scored a career high 25 goals, and seems like a sure bet to notch 30 before this campaign flickers out. Watching him and Olli Jokinen patrol the wings this season has been a treat, and we should all cherish it now, because in the future, Olli Jokinen's Facebook relationship status might say "It's Complicated" with the Calgary Flames, and we might not see those two amble across the blueline together anymore.

Which is maybe a shame, because when healthy, they've been the two most consistent players for the Flames this year, and are a big reason (not the Kipperest reason...that goes to Kipper) why the Flames would be in the playoffs if the season ended today, and not trying to beat Taylor Hall to the good tee times.

Although let's face it, Glencross would be out cleaning chuckwagons, not golfing. What a beauty.

So while there are several honourable mentions for the recipient of this week's prestigious Al "Wool" Coates Coat (seriously, I know we rip on homey a lot, but how good has Matt Stajan been over the past few weeks. He's earned his top line minutes, AND he has not looked out of place with Jarome Iginla and Alex Tanguay. Tanguay himself could also be considered for the award this week, too, as his play has really stepped up of late. He's really challenged his inner Adam Oates this week, and with Bounty soft hands has put the puck on a pillow for his linemates. Iggy's catching fire late again, and Tanguay, true to form, is making it happen. That assist on Jarome's goal this afternoon was SAUCE. Also I REALLY wanted to pick Sven Baertschi, because he's THE SVEN! He's adorable! He can skate! He scored a goal! But let's face it, he's got some accolades coming his way in the future, so he can wait), Glencross was too hard to ignore seeing as the run he's been on of late has gone unmatched this year by THE ENTIRE LEAGUE. The man just cannot be denied.

So he won't be. To you, Curtis Glencross, left winger, minor league baseball sensation, and all around good dude, I present the honourable Al "Wool" Coates Coat. May you wear it with pride, and maybe run it through the wash with some Snuggle before you do. 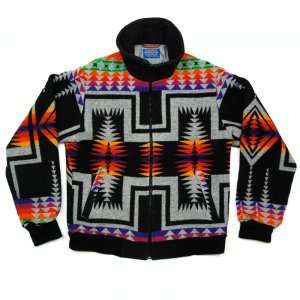 14,861 sat in shocked silence at St. Louis' Kiel Center, as the Flames and Blues played absolute barn burner hockey, very unbecoming of Young Gun style, as your Calgary Flames held off the Blues for a, get ready for it, 7-4 victory.

A satisfying victory for the charges from Calgary, as they picked up the win over that traitor Al MacInnis, who himself tallied a goal and an assist. But that's not the real story of this one. First of all, we've got the game within the game, featuring hockey's greatest all time name, Ed Ward, as he squared off all night against St. Louis ne'erdowell Marc Bergevin. Check out the line (Tony Twist, as you might expect, gets involved a bit on this one too):

That was all in the first period! (on a side note, there were two "Obstruction" related penalties called in this game. Remember Obstruction? Yeah me neither)

The other talking point from this game, again perhaps unsurprisingly, was the absolute atrocity that was the goaltending, as both starting goaltenders Fred Brathwaite and future Calgary Flames messiah Jamie McLennan got the hook in turn for the inept Ken Wregget and hilarious funnyman, Jim Carey.

Also the Flames scored 5 goals in the third, which absolutely has to be some kind of record, especially seeing as they came from guys like Rene Corbet and Andrei Nazarov (in case you were wondering why this team went seven years without making the playoffs)

So much team inbreeding in this one. Al MacInnis, Craig Conroy, Jamie MacLennan, and Jamal Mayers all suited up for those sad sack St. Louis Blues, while on the flipside, Hnat Domenichelli really sucked at hockey.