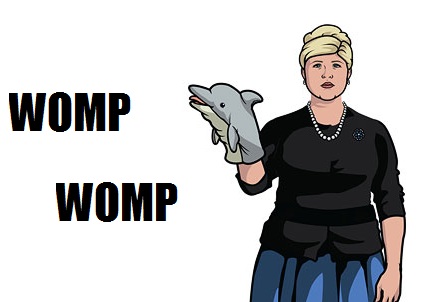 Last night, something amazing happened. Something beautiful. Something even more gorgeous than the Northern Lights, Heidi Klum, and Beethoven combined. Vancouver lost to Boston. No--let me rephrase that--Vancouver was embarrassed by Boston.

This is my letter to that horrific team and their godawful, frontrunning, scumbag fans. The Copper & Blue has an open thread for contributions here, though you can also just leave them as comments in this post. Flames and Oilers fans unite!

Good riddance Canucks. I find it hard to imagine I could ever dislike a team as much as I've loathed you and your horrible, horrible fans this year. Sure, not all are horrible. Dani at Benched Whale is pretty rad. So is that guy at Pass It To Bulis. But when it comes to good Vancouver fans, the counting stops at two.

It's good to see that whining and crying about every single play doesn't pay off in today's NHL. For a moment, the hockey world feared it would- that Mike Gillis' and Alain Vinsomethingfrench's bitchfest to the media about the Boychuck hit on Raymond, and the bitchfest to the media about the Rome suspension, and the multitude of other bitchfests to the media didn't pay off. It's good to see that the arrogance emanating from the team in every single goddamn statement by any player not named Bieksa will go unfounded. You know, like their oh-so-classy captain Henrik Sedin saying this about a Blackhawks squad that battled through being down 3-0 and suffering injuries due to cheap plays:

"They had no business being in the series," Henrik Sedin said. "We outplayed them in five of the games."

And lets not forget his brother's guarantee of a game seven win tonight!

Hopefully the fact that these two talked more than they played will help the media forget the whole "Sedins are the best!" contagion that seems to be going around. Did they score a ton of points each of the last two years? Yuuuuuuup. Did they do so in marshmallowy circumstances with offensive zone starts around 70%? You can bet your ass.

So they're dicks off the ice. Most pro athletes are these days. They could be nice on the ice, right? Hm, let's recap:

Alex Burrows does, well, anything else on the ice. Dick.

And as for the fans: everyone I've talked to in Vancouver who's not a Canucks fan- even the apathetic ones- tell me about how so many "fans" watched maybe a total of 5 games until the playoffs rolled around. Of course when the Canucks made the playoffs, everyone was suddenly die-hard "I bleed blue and green" Vancouver fans.

Not that the non-bandwagoners are much better- this was a fanbase that defended Todd Bertuzzi repeatedly and loudly until he left the team, at which point they claim they had always stood against his actions. I can't decide which is worse really: being a fan who still defends him or being a fan who defended him until he left.

Oh, and when everyone was talking about Nathan Horton taking warm-ups, how many Canucks fans were talking about him "faking"? Do they not remember seeing his eyes roll back in his head when he was hit? Just awful.

I short, Vancouver, I have two words for both this arrogant, disgusting, diving hockey team and this front running, bandwagon jumping fanbase: WOMP WOMP.