Everyone dreams about scoring that game winning goal in a game 7 of the Stanley Cup Finals--and tonight, like the ghost of Walt Disney, the NHL will make that dream come true for one lucky individual (For fun, please post who you think will score the game winning goal--I'll post all the winning entries tomorrow).

More importantly, it's a big night for poolies who if their like me, still have a chance of winning it all (You jelly bro?) with a big night on the score sheet. (Lucic needs to score like 15 hat-tricks, but like Lloyd Christmas I am holding out hope.)

As has been documented on countless occasions here at M&G, it's hard for our contingent to cheer for our rivals and while I personally am hoping for a Boston win (boo!--I know I should be ashamed) I can't help but get caught up in the festival that is Canadian passion for Canadian hockey. Whoever you cheer for though--enjoy the game, because it'll be the last bit of hockey for a few months.

Lots of fun after the jump...you may now jump. gotch'ya. Simon says Jump.

Jim Playfair is on his way to the desert after the Coyotes signed the former Flames bench boss (and last years Abbotsford Heat Head-Coach) to a multi-year contract. Jim had his ups and downs within the organization, and it was clear that his future here probably had peaked--all the best to Jim and his family, and I am sure he will help instill more passion when it comes to hockey in Arizona.

A lengthy article on the Rangers official website, has Erixon eying a roster spot out of training camp--call me crazy but I think he had a better chance to crack an NHL lineup with the Flames then the Rangers who sport a talented (and yet underrated) young core on the blueline--good luck trying to usurp Sauer or McDonagh who had excellent rookie campaigns and brought their game to a whole 'nother level during their short stint in the playoffs. Though I suppose it all comes down to contracts, and it looks like the Rangers only do have 5 guys you can see dawning the infamous blueshirts come next seasons puck-drop.

Unrelated Flames Fact of the Week: Vietnam allows couples in arranged marriages to "cheat" with old Flames on the 26th and 27th of the third month of the lunar calendar. 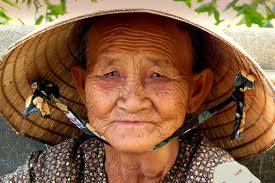 The ball is in your court Lanny.

With recent LulzSec "activity" really getting revved up, it will be interesting to see how the NHL and the Calgary Flames beef up security on their online entities. Lately the Lulz have been taking requests--who's to say an immature Oilers fan might not throw the Flames to the fire. Though it's not necessarily hockey related, keep an eye on the Job Opportunities page at the Flames and NHL website to see how they handle this new wave of "lulz"--where the FBI, Sony, and even Minecraft have been at the mercy of the Lulzboat. It might not seem important, but internet security is an important part of the internet and the way we as individuals conduct ourselves in our daily lives.

With the draft quickly approaching, a lot of names are popping up--I've seen a couple of dandies already posted by Hayley and Arik in their prospect profiles, but those all seemed to cater towards things like "Skill" (GROSS) and "Projections" (BARF)--where's the showmanship? Where's the pizazz? Where is the hollywood? If any of you remember Rocky Thompson, you'll know what I mean--that hero had fans for namesake alone, so I am asking you--who's the top prospect in this years draft based on just names? Share them in the comments.