Latest Dive: How the Flames Players are celebrating Halloween

Share All sharing options for: Latest Dive: How the Flames Players are celebrating Halloween

After the win over St. Louis the other night, the Flames are back at .500 hockey, and can relax just a bit. With Halloween arriving tomorrow, and children excited to don costumes to gather 3 months of candy in a single night, the Flames players are excited as well. Though the day only comes once a year, the plans for the costumes switch back and forth many times before a cent is paid towards the makeup, clothing, and prosthetics (such as hockey talent (PL3).

I've gained some inside information, and some pictures to show you all what some of our favorite Flames are going as this Holiday. 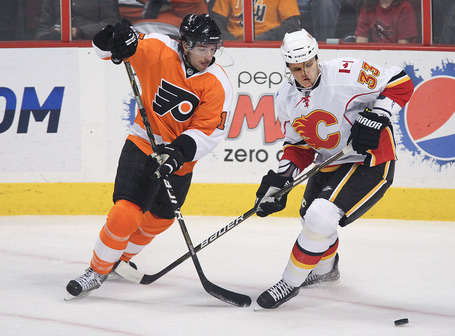 Mr. Babchuk has decided to go as Phaneuf-enstein. It's a combination of the early Dion, and the Dion that we resented near the end of his time here. The only thing is that he's becoming more sheltered than a newborn kitten. He starts in the offensive zone more than a white supremacist in Compton. 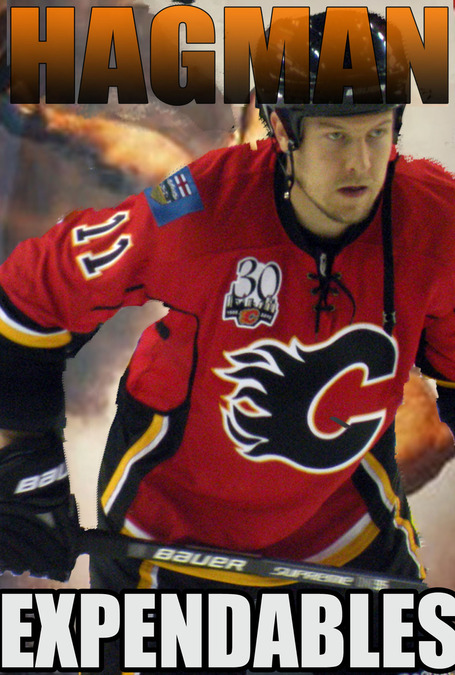 Yes, even the Leafs celebrate sometimes, though most haven't since 1967. Niklas loves his action movies, though, usually takes the passive route. 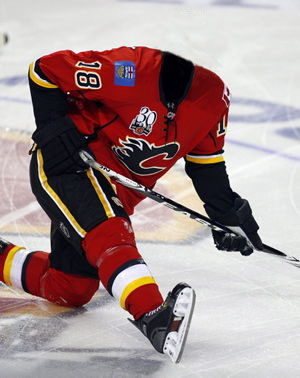 Ah, Stajan. He's actually stepped it up this year. Too bad it's not on the ice. Yeah, he's taken a page out of Kevin Bacon's book and become the Invisible Man. Look for a new idea to sweep the nation called '6 Degrees of Disappointment' as soon as he gets out of his costume. 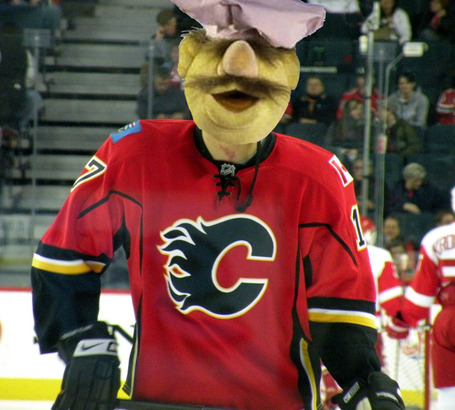 With the upcoming Muppets movie, Rene has taken it upon himself to show us all how excited he is about it. Though he's going to try his hand at cooking, he won't be able to get much done, as he only knows how to light a fire once its -235 degrees out. 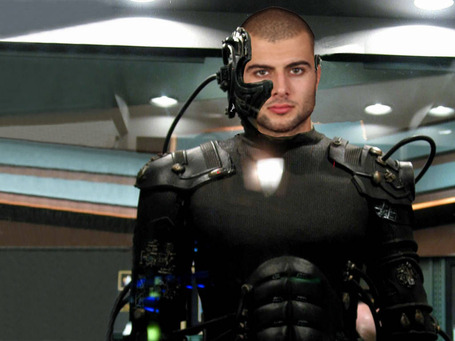 There is no quit. Resistance is futile. Yes, Gio has taken it upon himself to feel nothing, and take over the game by himself. 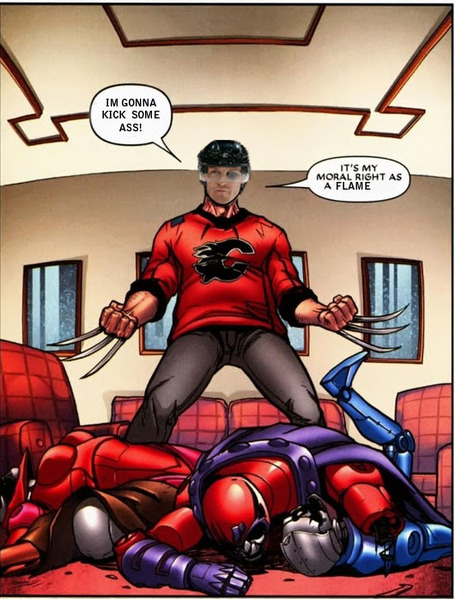 Everyone loves Jackman, and he's full of awesome. He heals quicker than anyone else, and will take on any player, any size, at any time. What better than taking Hugh's lead, and donning himself as Logan/Wolverine. 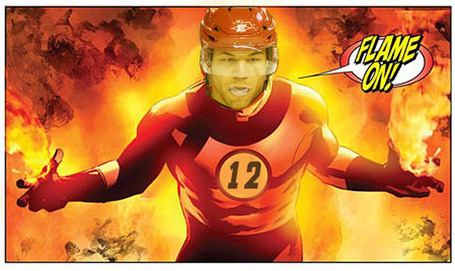 Since October is finally over, and the slow start is finally ending, things are going to get interesting in Calgary. It's going to get cold outside, but once you enter the 'Dome, Iginla is going to light it up. Human Torch is the Captain's choice for this year's costume. He's a tougher, and can fight better than Chris Evans, not to mention snag Jessica Alba in the process. 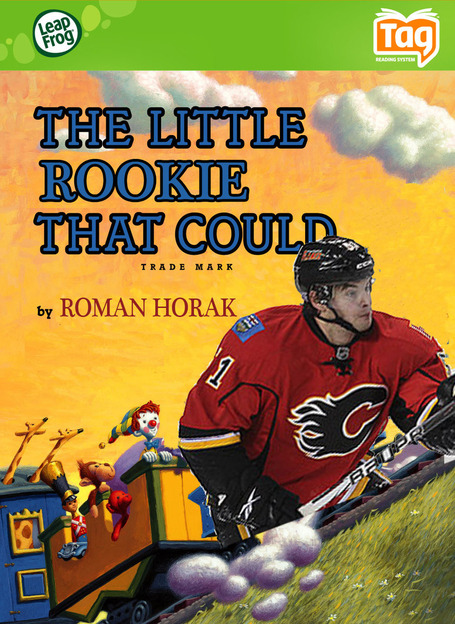 As the Erixon saga in Calgary drew to a close this past summer, many of us were shocked at the return for him. As Tom packs his backs and passes Avery in the airport on the way to Hartford, I think we all need to take some time out and give props to Roman, proving to us all, and Tim, that you can crack the roster. Not to mention not be completely useless, and "Boo'd" everytime you touch the puck. 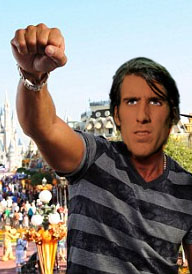 We've come to know Henrik for his fistpumps, and we should have seen this one coming. He's decided to pack his bags for a night and take his talents to East Beach, and 'beat the beat up'. Shouldn't create too much of a Situation at the party *cough*Dion*cough*. 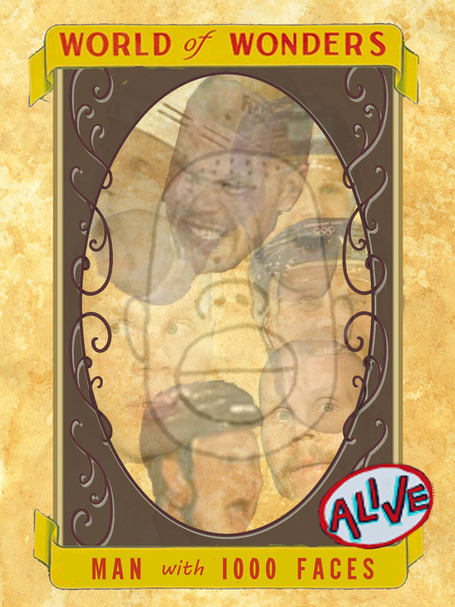 I didn't get a picture of Olli, but I did get this sheet of paper which he apparently gave to every teammate to give them a hint of what he was going to be. It's kind of a mystery at this point, but I'm not sure if a costume is needed.