Share All sharing options for: September 30: Notes in Space 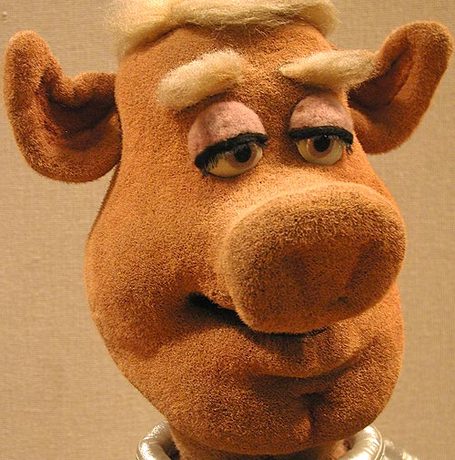 With the season starting tomorrow, there is plenty of hockey news circulating, Flames-specific and otherwise. After the jump, Mike Keenan speaks, Mats Sundin makes up his mind a bit earlier this year, and Carolina gives Cam Ward a pile of money.

First, some house cleaning from last season's wreckage. Mike Keenan spoke yesterday for the first time about his dismissal from the Flames. He accuses the Flames of impatience, comparing his situation to that of Scotty Bowman in Detroit. Note to Mike, Scotty Bowman's Red Wings went to the Finals his second year, and he had six Cups on the resume by that time. Keenan's an educated man, so I'm sure he's familiar with this word.

On to the new hotness. George Johnson takes a look at what the season may hold in store for Dion Phaneuf. Accountability, Dependability, Maturity. It may not have the ring of this famous phrase, but progress in those areas will be what Flames' fans should watch for this season from number 3.

Jarome Iginla's teammates have his back against critics of his play last year. Kent's spent plenty of time showing that Jarome beat up the weak sisters of the league last year while struggling against the top tier. Iginla himself says that his defensive play could use some improvement, and in that assessment, the captain and I are in complete accord. There's also plenty of chatter from the team about the burgeoning chemistry between Iginla and Jokinen. We'll see if they can do it at both ends of the ice.

Eric Francis has a Q & A with the new boss in the Sun. Amongst the tidbits, Sutter re-iterates that he wants Kiprusoff to play fewer than 70 games, citing fatigue from travel a one reason. He also notes that the Flames need Boyd, Dawes and Glencross to step up if the Flames expect to contend.

To that end, Sutter wants to give Dustin Boyd a larger role on this year's team, and notes that he's had success with Boyd in their Team Canada days by giving him more of a set role. Moving up to play with Glencross and Conroy is an opportunity that Boyd has to grab, because those two are good, and they'll likely play third-level comp, so Boyd has to produce in that scenario if he expects a long-term deal next summer.

The Robbie Schremp era in Edmonton is finally over, with the Islanders claiming him. Schremp was, to say the least, a lighting rod figure in the hockey-sphere. I think the diversity of opinion about him could be best summed up by slightly amending Homer Simpson's famous quote: "To Rob Schremp; the cause of, and solution to, all of life's problems." 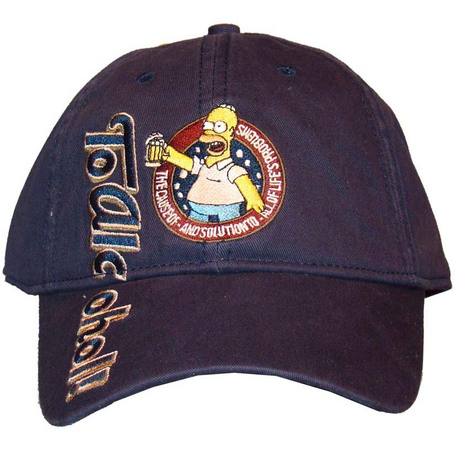 Does that make Rob Schremp the Duff Beer of hockey players?

In other Oily news, Sam Gagner has been given fourth line duties to start the season by Pat Quinn, and the Oilers' coach is blunt in assessing what the young man needs to improve at. Play a two-way game or take a step back, kinda the theme in Alberta this year, I'd say.

In Vancouver, salary cap issues have the Canucks doing some juggling. Tom Benjamin and our own Kent Wilson examine the situation. Kent's POV about what risks are entailed in running tight to the number is one I share, and Flames' fans should certainly understand those potential risks better than most.

The other Canuck news of note is the demotion of Cody Hodgson to Brampton. Unfortunately, from what I saw of him last spring during the AHL playoffs, he's too good for junior. Like Calgary prospects Mitch Wahl, Greg Nemisz and T.J. Brodie, he'd be likely be better off in the AHL playing against grown-ups. Spending the winter(hockey-wise, anyway) here in the 'Peg would be his best bet for development, since Vancouver doesn't want or need to have him in the bigs, but the rules exist, and he's stuck.

Mats Sundin has finally called time on his career, announcing his retirement. A jersey retirement and enshrinment in the HHOF are in his near future. Unlike the charade of every Leaf of the 1960's apparently getting inducted, Sundin's a worthy member of the hall, both for his play in the NHL and his regular efforts on behalf of Sweden in international play. Now if only Peter Forsberg would take the hint.

Another worthy read from Leaf-land is Pension Plan Puppets' lengthy interview with Michael Grange and Dave Feschuk, authors of Leafs AbomiNation. PPP was featured in the book, and serves up some in-depth questioning of Grange and Feschuk.

Cam Ward hit the jackpot today, as Carolina has made a major commitment to the former Red Deer Rebel, inking him to a 6 year deal reportedly worth 37.8 million. Just remember, 'Canes fans, Kipper's deal looked decent at the time as well. His Conn Smythe run aside, last year was the first season where he seemed to rate as a proper number 1.

ESPN's Scott Burnside has a, um,  novel power ranking to open the season. Vancouver behind the Oil, Tampa 10th, and the Blue Jackets and Devils behind teams like Nashville and Ottawa? What's in the water in Bristol?

Todd Bertuzzi tells Dan Rosen of NHL.com that he's ready to fit in with the Wings. A coach that doesn't give him unfettered ice-time will likely help curb his excesses to a degree, so it'll be interesting to see if Bertuzzi is done as a serious contributor, or if Keenan's endless coddling of him just made it look that way. If it's the former, this might be Bert's last contract unless he wants to play for a bottom feeder.

Max Afinogenov has found a new home, signing a 1 year, 800k deal with Atlanta. With all the money that he could have made in Russia, this might be a slight surprise, but he'd made noises all summer that he wanted to stay in the NHL. He wasn't exactly a favourite by the time he left Buffalo, but he's not a terrible gamble at that price. Atlanta signed Nik Antropov to a 16 million dollar deal, so I guess I'd say it isn't even the biggest gamble Don Waddell took this off-season.

Feel free to add a link to anything else you see in the comments.