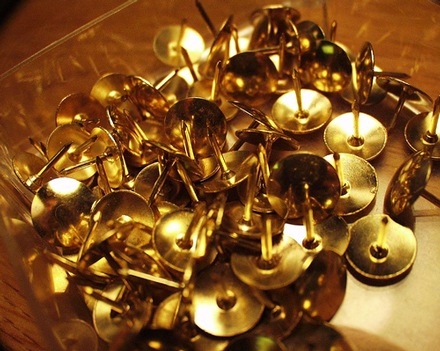 The Flames play their sixth of seven pre-season contests this evening in Edmonton, facing what will be a fairly representative Oiler line-up. The Flames still have 32 players in camp, but that number is likely to dwindle after this evening's activities.

This will be the second meeting of the two teams in pre-season, with the Oilers winning 4-1 in Calgary last Tuesday. Tonight's game should be a better opportunity for assessment, since the rosters for the first game, particularly on the Calgary side, were a bit AHL-esque.

With the rosters for tonight's game being beefed up on both sides, this might be the last, best opportunity for a number of players on the fringe of the roster to make a good impression. Amongst the notable items for tonight:

1) Fredrik Sjostrom gets a turn with Jokinen and Iginla. I'd suspect that if Moss was healthy, the Flames would have inserted Bourque into that spot, but it will be interesting to see if someone who's been offensively -challenged his entire NHL career can fit with the team's top 2 offensive threats.

2) Bourque and Langkow will operate with Nigel Dawes on the second line. There's been plenty of attention paid to the ongoing efforts of one T. Fleury to turn back time, but Nigel Dawes is getting a very long look in a top-six role. With Boyd reputedly being injured, it's might be Dawes' job to lose, at least to start the year.

3) Jason Jaffray gets a fifth pre-season chance to make the bottom end of the roster. He'll play with two players that have also been mooted for that sort of role, Colin Stuart and Brandon Prust. My suspicion is that Prust has a roster spot of some sort already won, particularly with McGrattan on the sidelines. Stuart's one-way contract had been considered an edge coming into camp, but Jaffray has been solid enough that some re-evaluating might be in order.

4) Staffan Kronwall gets what I'd suspect will be a last shot to make the big club tonight, working along side Adam Pardy. I'm not sure he's been as good as Anton Stralman to this point, so Kronwall needs some decent work to secure a job. Adam Pardy likely hasn't been as good in camp as Stralman either, but he's got enough good history in the organization that I'd be very surprised if he was left off the big-league team.

5) I'm not sure there was any serious doubt, but Regher and Bouwmeester will start the season as the first pair on defence. They've played together at every opportunity, and they do so again tonight. Mark Giordano also appears to have won an ongoing position riding shotgun to Dion Phaneuf. That leaves Cory Sarich on the third pair with whomever survives the Stralman-Pardy-Kronwall battle. I'm not sure that spending 3.6 million of a third pairing D-man is effective resource management, but the Flames have had Sarich and/or Aucoin in that role at those sorts of dollars for two years running.

6) Miikka Kiprusoff gets the start, and as I've said previously, he looks like he needs the work. David Shantz isn't dressing, but for someone who came to camp as a non-roster invitee, he's doing well. Leland Irving and Matt Keetley have more pedigree and history with the team, and they're both in Abbotsford. It's always possible the Flames are just keeping him around as practice fodder, but reports suggest he's been sharp.

Finally, Theo Fleury gets a fourth game in his continuing attempt to return to the highest level of the game. He'll once again work with the excellent Curtis Glencross, on a line centered by Jamie Lundmark. Theo struggled against the Sedins on Monday, which is hardly a surprise, since virtually every Flame forward, and pretty much every NHL forward, has done the same the last few seasons. He still looks a step behind 5V5, but I would like to see him get a bit more PP time. If there's any chance he plays in the NHL this year, it will be as some sort of offensive specialist, so it wouldn't be out of line to assess his work 5V4. The Flames' PP has looked better this pre-season, so the coaches may not be inclined to tinker at this point.

Fleury's prospective linemate for this evening deserves a mention as well. I've stated in the past that I'd prefer to see Glencross resume his fine partnership with Craig Conroy from last season's third line, because I think it helps balance the forward groups. If I were going on the merits alone, however, he'd likely be in the top-six with little argument. He was part of a group of players that provided extremely valuable help of the relatively inexpensive sort last year, and regardless of who he plays with, the Flames are fortunate that Curtis Glencross got lost in the shuffle by the Oilers.

The opposition tonight dresses a good helping of top forwards, including Horcoff, Hemsky and prodigal son Mike Comrie. They also appear to have their top five defencemen ready to go, with only Steve Staios resting from the expected season-opening pairs, and Calgary's favourite opposition netminder is likely to get the start for the Oil.

Tonight's game is streaming on both teams' sites tonight, with game time slated for 7 PM MT.