Share All sharing options for: Flames trim the roster 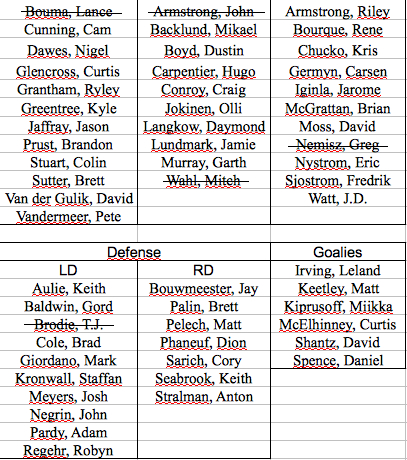 With Junior starting up operations, the Flames have reportedly sent down all of their Junior eligible prosepcts in TJ Brodie, Greg Nemisz, Mitch Wahl and Lance Bouma. I'm somewhat disappointed since I hoped to see at least three of those guys in some preseason action but the move makes sense - none of them are going to threaten for a roster spot, afterall.

Also Xed-out is John Armstrong, who apparently is injured again. It's been a real rocky start to Armstrong's pro career and it's going to be tough for a longshot like him to recover from all this lost time.