Share All sharing options for: Pre-season Primer Part 4: Heating Up 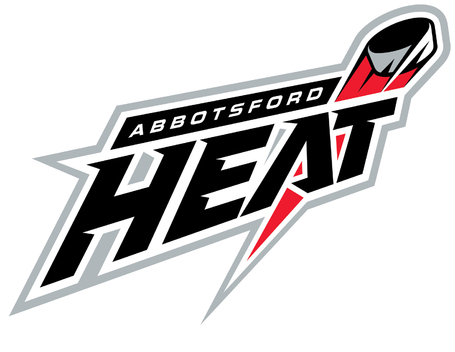 That title really is a terrible pun given the subject of this piece, so I'll get the apology out of the way right off the hop. My preferred title really was, "Holy crap, when the hell did Sutter sign all these young defencemen?", but that didn't seem quite right either.

Let's get to it. The Calgary Flames, renowned in recent years for signing one veteran D-man after another, have cleared the decks. The Flames have 15 defenceman ready to play pro hockey of some sort this season, and only Cory Sarich is 30 or older. That's an astonishing turnabout for an organization that has favoured experience over youth the last few years.

Darryl Sutter made it clear in the off-season that he felt his young defencemen were ready to take on a larger role. In the recent past, players like Adrian Aucoin or Roman Hamrlik were brought in to offer stability on the back end. This summer, Aucoin was declared surplus to requirements, and fellow veteran Jim Vandermeer joined Aucoin as a refugee in the desert. With the acquisition of Jay Bouwmeester and the maturation of Giordano and Pardy, that course of action seemed sensible enough for the team at the NHL level. They also added 23 year old Anton Stralman and Staffan Kronwall to the mix, and it does seem that one or the other might be a favourite for an NHL job of some sort this fall. Kronwall is only 27, which makes him the 3rd oldest defenceman in the organization. As I said, this is quite a change in approach for the post-lockout Flames.

Concurrently, the Flames have added an influx of young defencemen from the junior ranks. None of them appear to be quite ready to be big-leaguers, but their addition appears to give the Flames a quite a bit of organizational depth at the position. John Negrin, Keith Aulie, and Keith Seabrook will become full time pros this fall, and it seems as good a time as any to look at each of them in brief.

John Negrin got a jump start on his NHL career last spring. After his Swift Current Broncos were ousted in the first round of the WHL playoffs, he was ticketed for a stint in Quad Cities to finish the year. That plan went by the boards as the Flames' disastrous run of injuries in April and the salary cap fiasco that ensued forced the team into dressing the 2007 3rd rounder for 3 games.  He played about 30 total minutes, garnering one assist and finishing -2 for his effort. That's pretty much the definition of a small sample size, but the brief glimpse did show that the reports of a player who was a smooth skater in need of the usual maturation was not out of line.

With that in mind, and given the depth of the team at the back end, John Negrin is almost certainly ticketed for duty in Abbotsford this year. He did put up good offensive numbers in junior, culminating with a 49 point season in 63 games last year. Factoring in his decent skating and puck handling skills, he should be the sort of player that will get some worthwhile power play time in the AHL. Since it seems likely either Stralman or Kronwall will end up on the farm, Negrin should have an offensive-minded veteran to work with this season. A good season for him would be regular ES and PP time at the AHL level. With the AHL being a developmental league, he should get some PK time as well, and how he does at that might give some insight into his all-around potential.

Keith Aulie's style is quite different from his fellow rookie. The Regina native is a shut-down style of defender, using his 6'6'' size to good effect with the Brandon Wheat Kings. Aulie wasn't really on the radar for most until he teamed with Buffalo 1st rounder and fellow tall gentleman Tyler Myers to form Canada's shut-down pair at last winter's WJHC. Aulie continued his fine play when he went back to Brandon, ending the year with 33 points in 58 games, +12, and adding 9 points in 12 playoff encounters with an impressive +15 in the post-season.

As the rather uneven progress of Matt Pelech might indicate, young defence-first rearguards don't always develop in a linear fashion, and if Aulie has his struggles in the AHL this year, that shouldn't automatically be seen in a poor light.  A season with regular time in Abbotsford and increasing PK responsibility as the year moves on would be good signs, IMO.

Keith Seabrook's acquisition from Washington for future considerations was a modest surprise, since the Flames aren't short of young defencemen. The Caps selected him 52nd overall in 2006, with the Delta, BC native heading to the NCAA's University of Denver. After a season with the Pioneers, he left for the WHL's Calgary Hitmen, completing his career as an overager on Calgary's excellent 08/09 squad. He had 55 points in 64 games, +21, and added 15 points in 18 playoff games, finishing +8 before his post-season ended against Mikael Backlund's Kelowna Rockets. Those are certainly good numbers, but Calgary was an offensive powerhouse, and Seabrook wasn't nearly as productive (17 pts/59 GP) as a 19 year old. Running up big numbers as an overager in the WHL doesn't really tell us much, unfortunately. I'd suggest if Seabrook makes the Heat and plays regular minutes that would a good season for him at this point. Anything beyond that would be a bonus. I'll add the caveat that playing in Calgary the last two years did give him more local exposure than he might have otherwise received, so it's possible that the Flames might have some extra insight into his potential, but the chance of a "saw him good" situation on a loaded team has to be acknowledged.

To conclude this series, I'll take a brief look at what should be a strength of the Abbotsford Heat his season. The two goalies that will in all likelihood split time in the AHL this year are the same two that started last year. Leland Irving and Matt Keetley are ticketed for the Heat goal, and the point of interest here will be seeing which of them, if either, can take a step forward into the type of prospect that Calgary could use at the NHL level.

Leland Irving started his pro career in shaky fashion, with a SV% well below .900 early on. By year's end, he was QC's number one goalie, finishing the year with a 24-18-2 record, a 2.23 GA and a .912 SV%. The win number is likely the most impressive part of that set, given how dire the QC Flames were on offence. They didn't exactly score themselves out of trouble, finishing 24th in GF with a meager 212. The SV% might look good by last year's Calgary standards, but bear in mind that Curtis McElhinney had a .912 SV% in his first year, .917 in his second year, and .911 in his final AHL season. That didn't exactly translate into analogous numbers last season as an NHLer, although he got about as little help as a goalie could get from the Flames in 08/09. The point to be taken here is that Irving didn't have exceptional numbers last year, so if he's really headed for the big leagues at some point, he needs at least a .915 SV%, IMO, and something in the .920 range would constitute serious progress.

Matt Keetley struggled last year. After a fine junior career in the Hat and a decent .912 SV% as McElhinney's backup in 07/08, it was expected he would have a good shot the number one position in the Quad Cities. Best laid plans and all that, right? His season ended up taking a wrong turn that included 7 games in the ECHL. His AHL numbers were 8-18-4, 2.85 GA and .892 SV%. Yuck. If he doesn't get back to at least his 07/08 level, the Flames might well regret trading Kevin Lalande to Columbus last year. Like Irving, if he has a hope of an NHL career, he likely needs to post a SV% of around .915. There are two things worth mentioning, though. Goalies do have inexplicable bad years on occasion, and Matt Keetley is still only 23, so it isn't quite time to say his level has been found, since last year was his first genuinely poor season. In all honesty, there are things that occur in goalie development that don't always follow normal practice, and a guy like Tim Thomas is exhibit one. I'd suspect that at least one of these two young men will have a decent year, and in the event that Kiprusoff struggles again, it's always possible that a NHL job could be open in the next year or two. I'm guessing Irving is out in front based on last season, but it isn't an insurmountable edge.

For a team that might appear from outside appearances to be settled, the Calgary Flames still have a few wrinkles to iron out. Someone has to take hold of the top-six spot up for grabs and a seventh defence spot is open to several players. The farm team in Abbotsford should be better with an influx of veteran forwards and young defencemen leading the way, and two young goalies fighting for the number three spot in the organization. Like most of you, I'm ready. The exhibition season starts later tonight with a tilt vs. the Oilers. It's time to get on with things.