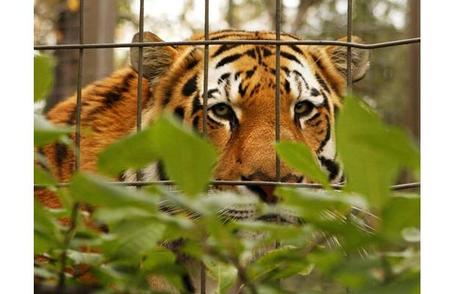 The NHL season is now a week old, and once again it's time to have a look a some items of interest about the Flames and from around the league. After the jump, good (?) times in Calgary so far, Canuck angst, the end of Balsillie's latest quixotic quest, and my home town gets it's hopes up.

The Flames defeated Montreal 4-3 to continue their unbeaten run to open the season. The play of the fourth line was last night's difference maker, with Eric Nystrom and his linemates on the ice for 3 goals for, none against. Pretty good work for guys playing 8 minutes a night, no? They've been full value for their ice time so far, and hopefully that doesn't change just because someone else is feeling their oats. I'll once again note Ray Ferraro's pointed words regarding the subject of enforcers from the other day.

The Flames' first unit has been feeling the heat for their lack of productivity from the locals. Last night's goal for the Captain might ease the pressure publicly, but they certainly aren't driving possession at EV. Olli Jokinen has 2 shots in 3 games. That won't cut it, standard denials aside.

Miikka Kiprusoff has kept most of his doubters quiet so far, as winning often does. He did allow a bit of a stinker to Tomas Plekanic late in the second:

Robyn Regher didn't exactly help him out on the play, but a goal from that angle shouldn't go in. He was fine in the third, and a win's a win, but goals like that and the Brule goal from Saturday are the sort of plays that give people like me pause when we discuss Calgary's goaltending. His SV% is .915 so far though, and the Flames are undefeated, so my season preview marker still looks OK.

From a Habs POV, Robert L wonders why Jaroslav Halak got the call last night over Carey Price. Ah, I don't know. We'll probably have the same discussion about when the proper time to blood Curtis McElhinney will occur. If the Flames had a backup that seemed to operate at Halak's level, I'd be pretty content, and he didn't cost them the game. The Canadiens also attempted to bolster their depleted blue line yesterday with the free-agent signing of Marc-Andre Bergeron. He can help on the PP, but he needs sheltered minutes to survive at EV, as Jonathon Willis points out.

The Canucks are, as you might expect, under some scrutiny for their lackluster start. It will shock no one that Tony Gallagher dismisses the fact that Vancouver has out-shot the opposition by about 15 per game. Seriously, Vancouver has some defensive coverage issues to work on (sound familiar?), but things usually even out over time, and I'm not exactly holding my breath waiting for Luongo to continue with a .820 SV%.  Up front, Sergei Shirokov, who made Vancouver's top-six out of camp, was moved down the line-up during Monday's game vs. Columbus and will sit tonight when the Canucks play Montreal. Alain Vigneault compared the efforts of Mason Raymond to the young Russian, and not in a flattering manner. If he falters, the Canucks might need another scorer, and they aren't exactly carrying a lot of cap space.

In Alberta's capital, last night's shoot-out win over Dallas has kept the wolves from Nik Khabibulin's door for a day. He is carrying a nifty .855 SV% after last night's efforts. Bruce from Copper and Blue noted the struggles of J.F. Jacques on the first line, and since Pat Quinn moved him off that group for Dustin Penner as the game progressed, it appears the Oiler boss was in accord.

In ancient history, which Edmontonians often appear to be happier to discuss than the current team, David Staples has a lengthy excerpt from Stephen Brunt's new book about the Gretzky trade. When it comes right down to it, no one ever looks good in these scenarios, and McNall and Pocklington look about, well, exactly how most of us have already perceived them. That is, shifty manipulators. In other news, water is wet.

Minnesota got of the schneid last night, coming back from a three goal deficit to beat the Ducks on OT. Michael Russo of the Star-Tribune cites the John Scott-George Parros scrap as the catalyst for the turn around. Martin Havlat had three assists to jump-start his year as well. Russo also notes Pierre-Marc Bouchard still appears to be dealing with the concussion he suffered last season.

The Avalanche have been off since opening the year with 2 wins largely built on the excellence of Craig Anderson. There was earlier news this week that he had suffered a groin pull, but Adrian Dater of the Denver Post noted this morning that Anderson had practiced. Good news for the young 'Lanche, since they are headed for a lengthy stretch away from the Pepsi Center. David Driscoll-Carignan describes the impending voyage as worthy of this noted adventurer.

Pension Plan Puppets sound the alarm after last night's loss to the Senators. As a non-Buds fan I'll confess to a bit of schadenfreude when the Leafs struggle, particularly given the charming pair of folks they have as coach and GM. That said, Bruce Garrioch is nuts, but I think that was already established.

Philadelphia has matched Calgary's good start, but last night's big win over the Caps may have come a cost, with Betts and Van Riemsdyk suffering injuries. Ray Emery has also gone about his business quietly, with 3 wins and no blow-ups. Hey, a year in Russia didn't hurt Gio.

Brent Sutter's old team hasn't quite matched the efforts of the locals, and John Fischer looks at some of the early concerns for the Devils. Patrick Elias would solve a lot of woes, IMO. Meanwhile, Jacques Lemaire has checked the team's psyche, with no ill effects from the slow start. Paul Martin is also OK after Monday's knee-on-knee meetup with Chris Drury.

The Red Wings are in the unusual position of losing a couple of games. Boohoo. Winging it in Motown reviews the team's less than successful Euro trip, and although I don't expect a season-long struggle, I certainly hope Jimmy Howard is renting. Meanwhile, Bill of A2Y has his patented measured approach to the season's opening mis-adventures.

Jim Balsillie's quest to make it seven died in a Phoenix bankruptcy court, but the recriminations haven't stopped. Mike Milbury, channeling Gary Bettman, or maybe Jeremy Jacobs, unloaded on the RIM boss Saturday night, using the word idiot. Mike Milbury, mastering the art of being loud and wrong at the same time since god knows when. I absolutely agree that Balsillie was never likely to get the team in the fashion he attempted, but "idiot"? Fool-hardy, impetuous, bull-headed, misbegotten, sure. The one thing that is certain after this imbroglio is that the league's normal denials about the financial health of their franchises will never be taken at the same face value again.

In the same segment, Al Strachan dropped a little bomb, proclaiming that big money types in Toronto had an eye on moving the Thrashers to Winnipeg. The standard demurrals have been proffered thus far. Unless David Thomson has suddenly decided he wants to lose a pile of money, I'm not sure about this. I will say that he and Mark Chipman, True North's Winnipeg partner, both are very careful in how they move in the business world. Anti-Balsillies, if you will.

Finally, the battle over the leadership of the NHLPA rolls on, with Daren Dreger reporting that former Flame Andrew Ference, a union hardliner at the core of the move to oust Paul Kelly, is out as Boston player rep. Al Maki 's story in the Globe hints a settlement with the former union head may yet be in the cards.

That's it for this week. As always, if you see anything of note, drop it in comments, and remember, Vitali sees all. Chews all, too, if you're stupid.