Share All sharing options for: October 14 News and Notes 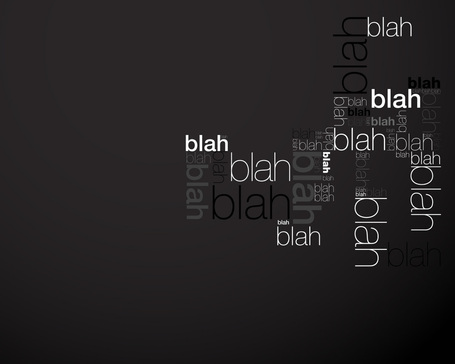 It's time for M & G's weekly spin around the 'tubes. As always, we'll start with the Flames before widening out. After the jump, the Sedins are spilt, the Leafs still can't kill a penalty, and an interesting bit of business about a couple of Caps.

The Flames are apparently OK with last night's effort. Seriously. In fact, here's a post-game comment from the Captain:

"I thought our heads were in the right place," Iginla said. "We had a really good road game going. We talked about being really strong defensively, and we were that."

Uh, if you say so. R O covered things off in the post-game review well enough. At this point, it's a good thing the Flames only play 5 times in roughly three weeks. They could use the practice, frankly. When your top line creates nothing and you get out-shot by a pile, there aren't going to be any innocent parties, save Kiprusoff. He was a victim of last night's effort as much as anyone who watched at home. Brent Sutter was a bit more guarded in his post-game response, but I'd guess the planned excursion to the Scioto Valley wine country was called off.

The Theo Fleury saga has hit the bookshelves, with all the lurid details one might expect. George Johnson looks at the idea of Fleury following up these disclosures with a request to police for further action against Graham James. I wouldn't tell Theo or anyone else in his situation how to pursue things, but I will say the hockey part of his story is now secondary, at least to me. The tale of abuse and predation is what should be the emphasis, and if it makes people uncomfortable to read it, good.

Ben Kuzma examines what life without Daniel Sedin for 6 weeks or so might look like. I'd like to think this will be a difficult blow for the 'Nucks to overcome, but they survived Luongo missing the same sort of stretch last year, so I'm reserving judgement. I'm also compelled to include this:

Oh yeah, a stiff breeze blew in off the Pacific and Sami Salo (knee) is hurt again as well.

That's from Ray Ferraro's weekly effort at TSN, and I have a feeling it's going to continue to be a must-read. He's likely to do a pretty nice job of presenting what players actually think without garbing it in niceties to protect someone's feelings. There's a good bit about bag skates this week.

In Columbus/Calgary news, Anton Stralman is still waiting for his fiancee to gain clearance to enter the U.S. . Nice goal last night, btw. The Flames might want to take notes on how a 5 V 3 should operate.

Those of you who are at least occasional readers of Battle of California will be familiar with Earl Sleek's cartooning, and after the Kings' win over the Blues, he uses that event along with some baseball playoff results to offer up another in his series of state-themed, uh, renderings. NSFW, maybe, sorta, in its own way, so don't say I didn't warn you ;-).

In the center of the universe, Bruce Arthur of the National Post, uh, advocates panic? If there were some fantasist types who were planning a parade, maybe they can lose their shit at this point, but I can't believe anyone rational ever thought the Leafs were going to be more than a bubble team at any rate. Of course, if their PK doesn't improve, they're headed for the lottery.  Taylor Ha... oh, right. Peter Chiarelli, you can smile, it's OK.

The Sabres unloaded on the Red Wings last night, winning 6-2 and out-shooting Detroit 38-25, but the cost might be steep as Thomas Vanek suffered an upper-body injury that Lindy Ruff says will keep the winger sidelined for "weeks" .  Buffalo's been off to a terrific start, out-shooting teams by a bunch in compiling a 3-0-1 record, so this is a most unwelcome development for a team on the upswing.

In TV news stateside, Puck Daddy wonders if Olympic spillover and other items from a Comcast-NBC deal might help strengthen the league's cable partner Versus. Not being on Direct TV is doing the league or the channel no favours right now. On the other hand, the fact that fewer people saw Calgary's meltdown on Monday might be considered a plus in some quarters.

Finally, via Japers' Rink comes word of an excellent audio documentary involving Brooks Laich and Karl Alzner. The NPR employees making this not only followed the players for the 08/09 season, but got them to record their own thoughts on how things were transpiring. It lasts an hour, and this roundup is later than I intended by just about exactly that amount of time. It was well worth the listen.

Another week is in the book. If you see anything you think should get a wider read, the comments are open for just that.